OK, I was able to run SystemRescueCd's USB creator by running it in Ubuntu Lucid. The USB stick booted, but when I ran GParted, it wasn't able to detect the RAID array.

The point of this exercise was to run GParted in order to resize our FreeBSD's /usr partition to make way for ZFS. I allocated around ~400GB of space to that partition, but I realized that it's better to use that space for ZFS since I'll be using it for jails.

I'll just copy /usr to /var, resize it, and move back /usr to the new partition. I hope this works.


(this is probably GParted's fault, but I love to troll hahaha)
Posted by Unknown at 12:40 PM 1 comment: 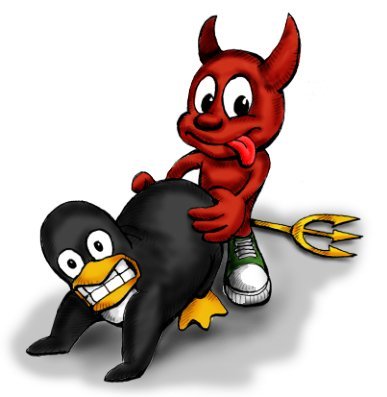 Yet another reason why I hate Linux:

SystemRescueCd, a Linux distro designed for administering or repairing a system, doesn't boot and stops with the following error:

After a bit of googling, it turns out that this occurs because Linux can't detect the USB CD-ROM that was used to boot it. This use case isn't QA'd anymore. Apparently, the solution is to use a USB stick instead.

But what happens if you use a USB stick? It doesn't work:

I checked the usb_inst.sh source code, and it makes some invalid assumptions on what a USB stick is. Blah. I need to sleep.
Posted by Unknown at 12:51 AM No comments:

Problem:
Sysinstall can't continue and stops with the error, "unable to find device node for dev /dev/ar0s1b in /dev".

Solution:
Remove the existing partition table by writing zeros at the start of the disk:
(replace as necessary, e.g., ad0)
Posted by Unknown at 11:20 PM No comments:

1st Problem:
You are running an Apache server. You need to restrict access to certain folders by IP addresses.

Solution to 1st problem:
Use .htacess to deny all access to that folder, then allow certain hosts/IP addresses.

<Limit GET POST>
order deny,allow
deny from all
allow from 10.0.0.
allow from .example.org
allow from this.is.an.example.invalid
</Limit>

2nd Problem:
Your Apache is behind a proxy such as nginx. All requests to your Apache server appear to originate from your proxy.

Solution to 2nd problem:
Install mod_rpaf and restart your web server. .htaccess will now correctly restrict access to your folders.  Refer to its web page for installation instructions.
Posted by Unknown at 12:08 AM No comments: 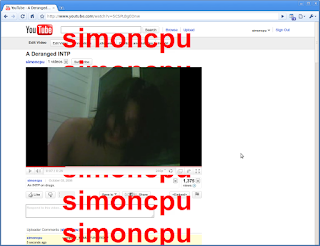 Yay, this is my first Android app! Java is really slow especially if you use Eclipse for development.  I tried this on an amd64 machine with 2GB of RAM but this simple app still crawls to a halt.  Anyway, I wish I can try this on a real phone.
Posted by Unknown at 9:01 PM No comments:

Just got back from Cebu GNU Linux Users Group meeting. I saw someone using Moblin. Three thumbs up! The UI is very intuitive, and will have no problems with mainstream customer adoption.

Meanwhile, Eeebuntu 4.0 is not even ready for early adopters. The installation stopped somewhere at around 95% and complained about failed GRUB setup. I'm currently downloading Ubuntu 9.10 Netbook Remix because my Eee is left with a broken OS. Let's see how this goes.
Posted by Unknown at 11:50 PM No comments:

I've managed to install FreeBSD 8.0 on my Eee. I was planning to install NetBSD 5.0, but I found out that I had to convert the ISO to a memory stick image before I can dd it. For some reasons, unetbootin doesn't work with NetBSD's ISOs. There's a script that converts NetBSD ISOs to memstick images, but it seems that it only works on an existing *BSD system. I could have just SSH'd into a remote NetBSD system so that I can run the script there, but I realized that the output would be too big. SSH access is a privilege and not a right; abusing it with large file transfers is a big no-no.

It is possible to install NetBSD using Mac OS X, but I was like, FreeBSD is already available as a memstick image from its FTP site. Why not use it? Thus, I downloaded it, dd'd it to my USB stick, and installed it on my Eee. Everything was straightforward.

Straightforward is boring. I'll try to recompile the kernel to see if I can further reduce its boot time (it boots less than 20sec from GRUB to login). I strongly suspect that I'll just reduce its space but not its boot time, but I'll never know until I try. I'll also try to install NetBSD via PXE, once I'm done playing with FreeBSD. I haven't tried doing it yet.
Posted by Unknown at 11:14 PM No comments:

I've finally got around installing Moblin. I've copied the image to a USB stick and attempted to boot the OS. The boot process didn't continue though. I got the following error:I might try tweaking the kernel configs some time to see if it would work. Meanwhile, I'll just install NetBSD.

Eee's BootBooster reduced the boot time by skipping the pre-boot sequence. Eeebuntu wasted installed a swap partition when I first installed it, but I never used it because I know that swapping would increase the number of writes to my Eee's SSD. Increasing the number of writes would shorten its life span. Thus, I deleted my swap and installed an EFI partition in its place. Once the BIOS detected the new partition, the BootBooster option magically appeared.

A quick googling revealed that coreboot is unsupported on an Eee PC 701. I've also stumbled upon flashrom's source code (Linux bios flasher), and it explicitly stated that Eee PC 701 has been verified to be unsupported. Oh well.
Posted by Unknown at 3:17 PM No comments:

HOWTO Let lighttpd listen to both IPv4 and IPv6 on *BSD.

Okay, I've managed to let lighttpd listen to both IPv4 and IPv6 requests without using IPv4-mapped addresses. According to an Internet draft, IPv4 mapped addresses are considered harmful (R.I.P., itojun :). This has already been turned off in *BSDs by default but not in Linux.

Anyway, I've found out that if sysctl net.inet6.ip6.v6only is set to 1, enabling IPv6 in lighttpd would cause it to listen to IPv6 only. To solve this, you need to use these settings:
If you need to use SSL, simply use:
Tada! It works:

I'm attempting to compile Moblin OS so that I can try it on my Eee. Moblin supposedly incorporates techniques for making Linux boot in 5 seconds, techniques which were presented on a Linux conference some time ago. According to its official site, Moblin doesn't support non-SSE3 CPUs. My Eee uses a Celeron M ULV 353 CPU, so yeah it's a non-SSE3 CPU. But what the heck, I'll go ahead and try it anyway. It's not like it's going to explode anyway. There must be some patches out there that would it enable it to work.

If it works, I'll try to use Boot Booster so that I can further shorten the time it takes to turn my PC on and load GRUB.

BTW, I'm also interested to know if coreboot works with Eee. Since I would need to mess with its ROM, there would be a real danger of bricking it, and turning it into a very expensive paper weight. Blah...
Posted by Unknown at 11:47 AM No comments:

I need to have total keyboard for Chrome. I'll experiment with vimperator-like clones for Chrome...
Posted by Unknown at 12:50 PM 3 comments:

Behold, for Eee customization is such a dangerous territory. It has activated my latent OC tendencies, and now I can't sleep. Hurrrr...
Posted by Unknown at 4:45 AM No comments:

I'm not sure if I should overclock my Eee by default. So far, the performance is good (that is, when I switched to Chrome). I think I'll just let it be, unless I really need it since I run the risk of frying my CPU. I've already fried a CPU once... Anyway, I've found a Quicksilver clone for Linux-- it's called gnome-do. Very cool...
Posted by Unknown at 2:00 AM No comments:

I've always wanted to customize my Eee PC, but I'm too lazy to do it. Anyway, I've come up with a list of usability problems that I need to fix so that I can use my Eee more effectively.

Posted by Unknown at 1:01 AM No comments:

Sending SMS messages using raw modem commands is amusing. I learned how to do it because I left my cellphone charger at my GF's house. Without a charger, I'm left with an empty batt. Here's how to send a "Hello world!" to +639191234567:


I'm putting all my notes here.
Posted by Unknown at 5:06 PM No comments: